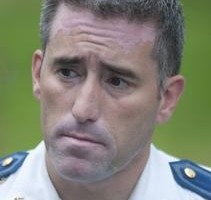 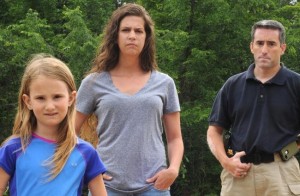 Fired for being “too nice”.

And even-handed Chief of Police.

All traits most towns and cities would love to have in the person at the helm of their law enforcement. But not the liberal town of Barre, Massachusetts. Oh no; these are traits to be scorned, and driven out!

From the Worcester Telegram comes the story of a man getting railroaded- HARD. A man hailed in the same paper as a hero for saving a small child from drowning on his day off- an act he was honored for by the very same select board that’s now casting him aside.

BARRE – While he agreed that Chief Erik Demetropoulos is a “great guy,” the CEO of a company that recently completed an assessment of the Police Department said the town’s top cop must go.

Video of that meeting is found here on the town’s YouTube channel:

A Facebook page with over 800 likes formed to show the townspeople’s support called “Support Chief Erik Demetropoulos” released the following statement on Thursday, March 31, 2016. We couldn’t have put it better:

It has been two days and I feel like I should finally say something about the events of Monday’s selectmen meeting. This could be long, so I sincerely hope you stay with me and read on.

Back in January the selectmen hired a third party consulting firm to study the police department and give them some idea as to why there were problems. Thousands of dollars were spent to get the results and they were shared this week. I will try to summarize the findings as best I can. I urge you to request a copy under the premise of freedom of information. It is a publicly paid for study making the results your information to acquire.

During the recent meeting the results were summarized for the selectmen and those in attendance. The gentlemen stated that there were problems within the department. He alluded that there were members of the department that had a problem with Erik. A couple claims against Erik were investigated and he was not found of any wrongdoing. The only wrong doing that Erik was found guilty of was being too like-able. His ability to connect with the public, the children of our community and everyone in it was being touted as a weakness. The fact that for 9 years he has been able to create an environment of effective community policing was actually a detriment to his ability to see eye to eye with some in the department. At this point, I’d like to remind everyone that not only has this man been able to foster a strong relationship with the community and the people/businesses/schools in it, but he has also been responsible for bringing in over 3.5 million dollars in grant money to support our children, police and start the process of building a new public safety building. I digress.
Erik is being let go because he is too nice. The board repeatedly stated that this decision “made them sick”. They said they were tasked with doing what was best for the town of Barre. Our hired consultants summarized that the department had a toxic environment. The toxicity started because our good intention Chief didn’t come down as a hard ass when employees made mistakes. This lack of being a hard ass allowed some
In the department to harvest resentment. So much so that the consultants were able to convince our selectmen that only way to resolve the problem was not to give corrective instruction as you would expect any supervising party to do. No, the consulting party thought the best thing for the town of Barre was to do a NATION WIDE search for a new chief to come into your town and run the department.
That’s right. The selectmen have chosen to listen and will now spend thousands of our dollars to do a nation wide search to replace our chief. If they get their way, a random person from as far away as the west coast could walk into our town and pretend to have a clue as to who we are. All of this because Erik is “too nice”.
I hope you are as outraged with this as I am.
Here is a summation of what was said by the selectmen on Monday:

Erik is a great guy.
Erik has not failed at serving the community.
Erik has done a wonderful job bringing grant money into our town to support the public safety of all its constituents.
Erik has done an amazing job at community policing.
Erik has not been found guilty of any unethical, immoral or illegal activity as a police officer and chief.
All accusations against him have been unfounded by the third party consultants.
Some members of the department are upset with him.
Rather than give instructions as any governing/supervising body should do, the selectmen have chosen to throw Erik out and gamble on a stranger to our town.

To summarize even further:
Erik is well liked and respected by our community, has done an excellent job, has acted in an ethical, moral and legal fashion, executed a manner of community policing like we have never before seen before and brought in over 3.5 million dollars to public and police safety…but to appease the few that have issue with him over unfounded investigated issues, we are going to get rid of him.
In their opinion, this is what is best for Barre.

This week a recall petition successfully collected 639 signatures asking to remove Rich from the selectmen. The petition needed 530 signatures to be successful. We have to wait until tomorrow to have these signatures confirmed. With this recall we have the right and obligation to vote him out and put someone with the towns best interest in his place.

On Monday, there is an election. Kathy is up for reelection. She has competition and I urge all of you to take a few minutes and get out to vote. Vote her out and bring in Charlie Chase. It is time for the era of hiding behind executive sessions to be gone and bring in a higher level of transparency to our governing body.

It is our responsibility to not just sit here and let our town be run down by the ill advised. It is time for us as a community to use the voice we are entitled to by law to dictate what we demand into action.

On Monday April 4, get out to vote and help create the change our town needs. Vote out our current selectmen and vote in Charlie Chase. I don’t think it is too late to save our Chief and preserve our small New England town.

I appreciate your reading all of this. I know it has been a long post. The future of your town and chief now sits in your hands.

Seems like if there’s one thing liberals can’t stand, it’s a cop who won’t act like a Nazi run amok. Shameful! How dare he execute his office without being a complete douchebag!

Look, I’ve known this man personally since 1989, and he really is a truly great human being- but he’s not “too friendly”, and executes his office with honor and dignity. Something that can’t necessarily be said of a select board willing to rebuff an entire town’s wishes by meeting in often times in secret “executive sessions”.  I know… corrupt politicians in liberal Massachusetts? Nah, can’t be…

Cops can’t win. We all know it’s a damned-if-you-do-damned-if-you-don’t job, but this is going beyond absurdity. We at Patriot’s Place implore our readers to reach out to the contacts at the end of this post and voice your opinion on this matter.